If you are using the VirtualBox DPK PeopleSoft Images, you may have noticed the Virtual Machine names are not descriptive. By default, the names use this pattern: SHELL_8_55_xx. This name is the PeopleTools version the image is based on, but it tells you nothing about the application release. I prefer to use a different naming standard for our VirtualBox PeopleSoft Images, like: HCMDB-8-55-03-017. This naming convention tells me what application (HCMDB), PeopleTools release (8-55-03), and image number (017) a vm is running.

You can change the name of a VirtualBox vm pretty easily. When the vm is stopped (the vm can’t be running, or in a paused state), click the Settings button or select Machine > Settings. In the Name field, change the vm name to something meaningful. This will change the label of the vm in VirtualBox, as well as the folder name on the machine. It will not change the name of the hard drive files.

When you run the VBox DPK bootstrap script, you get a question that asks if you want to “Import the PeopleSoft Appliance into VirtualBox”. If you answer “Yes”, the new vm will use the name SHELL_8_55_xx. You can shutdown the vm after it is configured and rename it at that time.

If you answer “No”, you can import the SHELL_8_55_xx.ova file manually. The import page in VirtualBox lets you set the name of the vm. Keep in mind, if you import it manually you will need to create a Shared Folder back to the DPK files.

This week, Kyle and Dan talk about the new DPK-based PeopleSoft Images and the two options for building a PeopleSoft Image. Dan shares how to get Drop Down Navigation in 8.55 and why that’s a good thing, and Kyle finds a unreleased feature in Change Assistant. 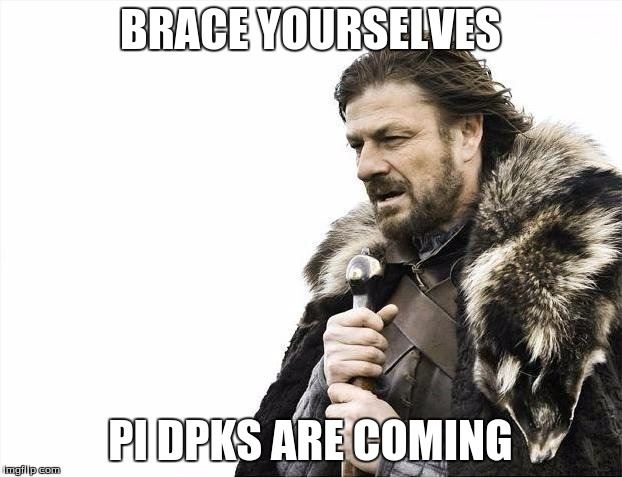 We want to make this podcast part of the community discussion on PeopleSoft administration. If you have comments, feedback, or topics you’d like us to talk about, we want to hear from you! You can email us at podcast@psadmin.io, tweet us at @psa_io, or use the Twitter hashtag #psadminpodcast.

You can listen to the podcast here on psadmin.io or subscribe with your favorite podcast player using the URL below, or subscribe in iTunes.

As you have likely heard – and if you haven’t, go see Dan’s post now– the first 8.55 PI has been released. It is a big change from how 8.53 and 8.54 PIs were delivered to us in the past. Oracle is now leveraging DPKs to get us our images. As Dan had mentioned in his previous post, there are two options with this new delivery method: VirtualBox and Native OS. Now, you may see VirtualBox and assume you will still be downloading zip files and then running good old ova_gen.bat to generate a PI .ova file. This is actually NOT the case anymore. The new ‘old’ way is still run in VirtualBox but delivered via DPK. Here is a basic run down of what happens now:

That was pretty high level, but I wanted to point out that the VirtualBox method is using DPKs – similar to the Native OS option. So again, don’t expect to find a ova_gen.bat file and full .ova file to drop into VirtualBox. There will be a slight learning curve with the new DPK method, even if you stick with VirtualBox.

Luckily, Oracle does a pretty good job going into detail in the DPK for Update Images installation guide. To find this guide in MOS, navigate to the PUM Home Page and then your Update Image Home Page. Under the Installation Documentation section, you should find a link to the document – PeopleSoft Deployment Packages for Update Images Installation (PeopleSoft PeopleTools 8.55). This is a fairly lengthy document, walking you through all the different use cases and requirements for installation. It also covers the PeopleTools Client DPKs, which we will be covering in a Part 3 future post coming soon.

As always, feel free to join the conversation in the comments below. I would be interested to hear how others are fairing with this new process so far, and how it may change the way they currently operate.

With PeopleSoft 9.2, new patches are delivered through PeopleSoft Images every few months. The images are Virtual Machines you download from Oracle Support. With 3 applications (HR, ELM, Finance), we are constantly downloading new images.

This is how I setup and manage our PeopleSoft Images for 3 applications.

We run the PeopleSoft Images on a powerful desktop that sits in our cube. Our server infrastructure is managed by a private cloud, so we can control a desktop without getting the server team involved. Having a desktop also let us run VirtualBox instead of VMWare (our cloud’s platform). Running on VMWare means converting the image every time a new one is released.

The desktop has these stats:

The C: drive is used for the OS (Windows 2007), downloading images, and VirtualBox. The E: drive is where we store .OVA files, and the VirutalBox images. In VirtualBox, I changed the default for the VM’s to E:VirtualBox so new VM’s are imported to the large drive.

We let the ERP Tech Team access the images and wanted to make the access simple. I made an assumption that we would only have 1 Image running for an application at a time (e.g, only 1 ELM image running). The network team made 3 DHCP reservations (1 for each application) and created 3 DNS entries for those IP’s. So, we have hrpum.psadmin.io, elmpum.psadmin.io, and fspum.psadmin.io that point to static IP addresses. When a user needs to access a PeopleSoft Image, we boot up the VM they need and the URL does the rest.

That does mean that we have to configure the PeopleSoft Image so the static IP/DNS work. When you boot the image for the first time, skip the DHCP settings and manually enter the IP, Subnet and Gateway settings. I also make the hostname match the DNS entry.

If you selected DHCP when setting up the VM, you have two options:

(The only reason I can think of why the image number was not included in the name is because PeopleSoft assumes you will only run the latest image. More on that below).

New images are always shipped on the latest PeopleTools version. This means you will constantly install new PeopleTools clients. I install them to c:client-8.54.xx and keep older versions around for a while in case we boot up an older image or have a PeopleTools version issue (like the encryption change in 8.53.17).

(This is “working as designed”. Please file an SR on this so. I did, and this should be fixed. If all you settings in Outlook were wiped out when patches were applied, you’d be pretty upset).

TIP: when you refresh environments, retain the value in PSOPTIONS.GUID after the refresh. The Environment Management Framework uses the GUID to identify which app/batch/web server belong to which database. That will keep the agents from getting confused after a refresh.

With 3 applications, we are downloading image almost every month. As soon as an image is released, I grab the WGET script, download the image and create the .OVA file. Even if we don’t need to use the image, I keep a copy around for while. More than once we have had to start an older image to grab a patch (new image had too many dependencies). Having the .OVA file ready to go will save you hours when a user sends that high priority email asking for a patch to be applied yesterday.

TIP: After you create the .OVA file, always verify the MD5 and SHA1 hashes. Sometimes a download fails without you noticing, but the ova_gen script will still create the .OVA file. On Windows, for $10 the HashTab plugin will give you the hashes in the File Properties window.

Steps to change DHCP configuration to a static IP, if the VM was originally configured using DHCP. I’ve had to look this up a few times so I’m documenting it here.

And save the file

Do not edit these two lines which is given as default

Add this at the end of the file

The only conference specifically for PeopleSoft Administrators.
May 4-6, 2020
View the agenda and Register!

Sign up for the psadmin.io email newsletter. Occasionally we send you updates about new articles, events and products.